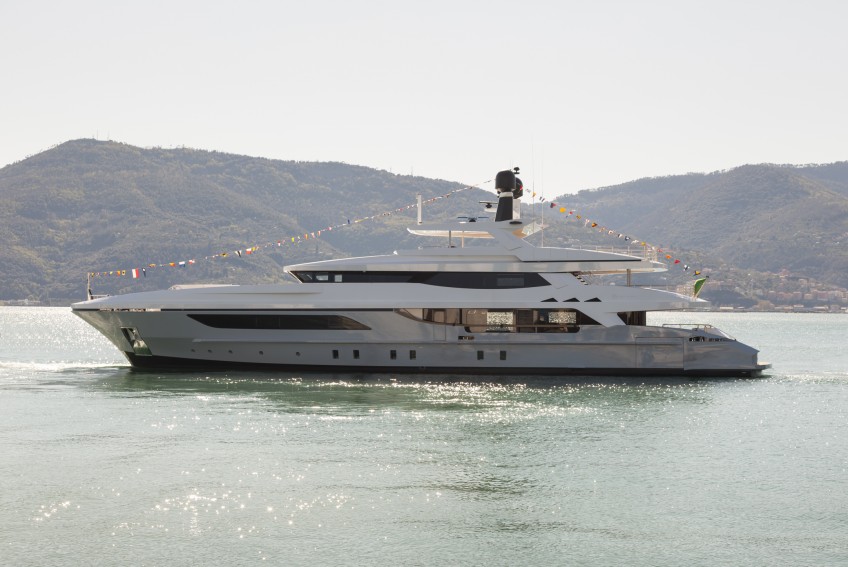 The last Baglietto Displacement, OnlyOne 46m (C 10-217) was recently launched in La Spezia, in which Cantalupi has designed and realized the whole electric system, included the customized switch boards and all the automation system. The lighting system was designed and realized by Cantalupi Lighting, a company of Cantalupi Group. The OnlyOne 46m will be present at the Yachting Festival of Cannes, and at the Monaco Yacht Show, in which Baglietto will present in preview its Planing Fast 43m.


Warning: Use of undefined constant php - assumed 'php' (this will throw an Error in a future version of PHP) in /home/customer/www/cantalupi.it/public_html/wp-content/themes/cantalupi/single.php on line 67

This website uses cookies to improve your experience while you navigate through the website. Out of these, the cookies that are categorized as necessary are stored on your browser as they are essential for the working of basic functionalities of the website. We also use third-party cookies that help us analyze and understand how you use this website. These cookies will be stored in your browser only with your consent. You also have the option to opt-out of these cookies. But opting out of some of these cookies may affect your browsing experience.
Necessary Always Enabled

Any cookies that may not be particularly necessary for the website to function and is used specifically to collect user personal data via analytics, ads, other embedded contents are termed as non-necessary cookies. It is mandatory to procure user consent prior to running these cookies on your website.